Well we all feared the worse, but we can now add Lee Best to the 11:59 club as he literally kicked out of death right at the last moment.

In news that will shock NO ONE, after it was released that HOTv lost one of their youngest and brightest with Adam Ellis leaving MVW for PRIME….Lee immediately came to and is NOT happy.

The GOD of HOW was said to be still lying in a hospital bed in critical condition after his fight with Chris Kostoff last night, when news broke that Lindzeee Troi had only been at the HOW event last night to poach HOTv talent…..well Lee asked to be discharged immediately.

Lee had this to say to us here at HOWrestling.com after he called in demanding we put this out for release.

“I have been operating under good faith and I let it be known HOW is open for business….but that does not mean you can come to my show and finalize a deal that you have been working on for however long you thought you were being sneaky. Look how many companies were part of the show last night? The PWA contracts are in place for a reason and there was literally NO REASON to sign Ellis away from MVW as the man could travel at will under a PWA contract. The bright lights and empty promises from LT got to him however. I have been welcoming PWA contracted folks in left and right and for this to happen…RIGHT under my nose…..let’s just say she is going to wish that Kostoff finished me off last night.”

It was at this point that Lee hung up the phone but not before making it very clear that that the door to HOW has been slammed shut for some.

We here at HOWrestling.com were able to secure the following image from the hospital room where Lee was staying. The GOD of HOW has to wear a mask due to his gunshot wound from last night and its clear that he reached out to the EPU for one. 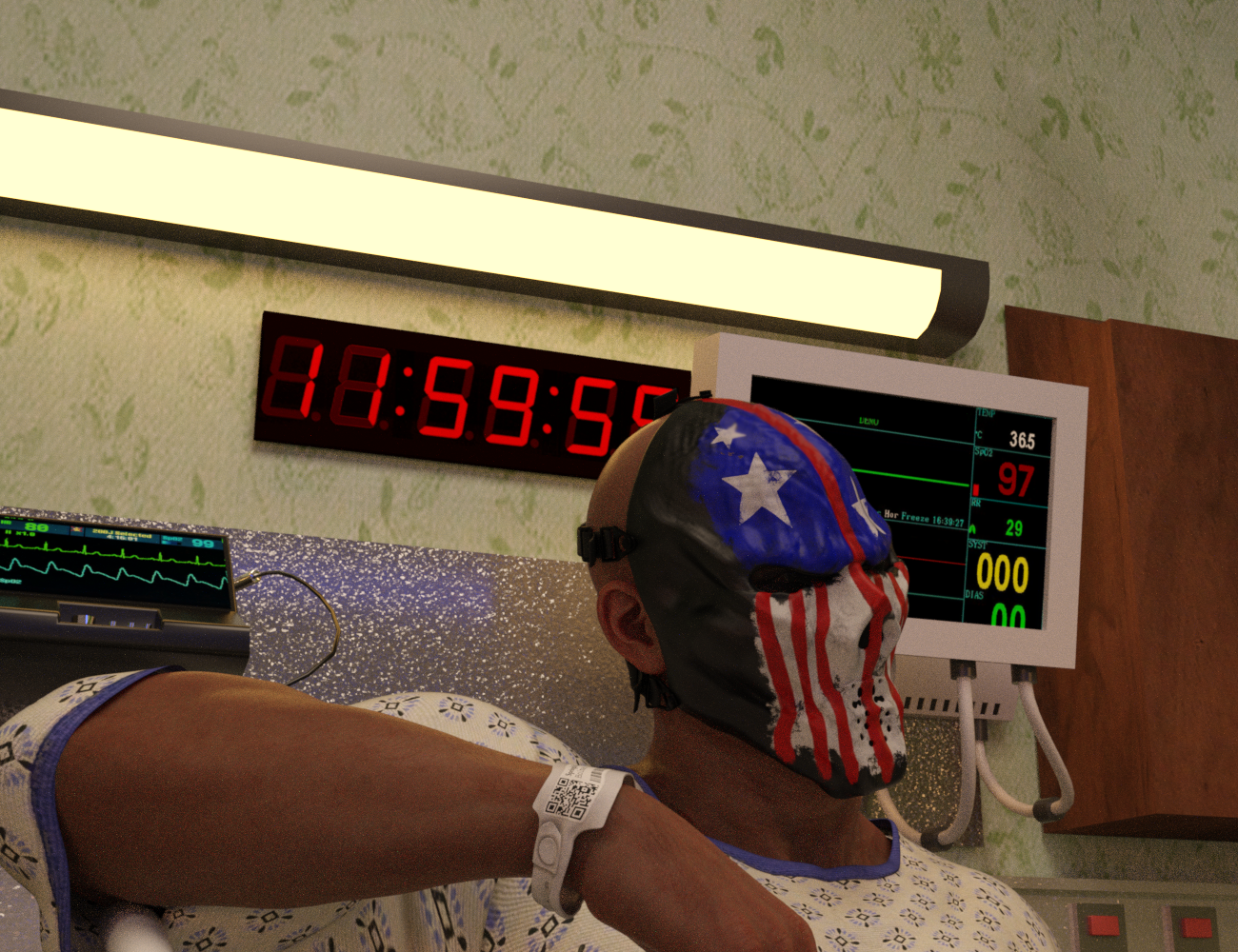